Operating in Mersin-Tarsus Organized Industrial Zone since its foundation in 2005, Teknopanel has become a facility which produces its own energy through solar energy within the scope of renewable energy works.

As the leading organization of Turkey in manufacturing and selling sandwich panel and EPS products, Teknopanel carries on its works without harming the nature while producing its own energy thanks to the solar power plant it built onto the roof of Mersin factory, which entered into service in 2005 and continues to operate on an area of 34 thousand square-meters.

The company, building the first solar power plant in Mersin-Tarsus Organized Industrial Zone, generates energy around 2,414,000 kWh annually from the plant power of 1,713 kWp through its solar power plant, which was built on the roof surface of 12 thousand square-meters with 6 thousand 460 units of solar panel in 2017.

Teknopanel General Manager Orhan Kahveci informed about the SPP facility and said: ‘There are 63 inverters at our SPP facility with a project size of 1,713 kWp. Since 2017, we have produced our own energy. We produce annually 2,414,000 kWh electricity in average. We convert solar energy into electrical energy through photovoltaic modules and installment of other equipment. We use the power of nature by conveying the energy obtained from sustainable natural processes into our production lines. We save on energy expenses, which are among the most important cost items in production, reduce the external dependences, and contribute to the national economy.’

‘Renewable energy is inexhaustible for certain.’

‘We live in Mersin, a city which sees the sun for almost whole year, and we have to benefit from this gift of nature in the best way,’ said Kahveci and he added: ‘As one of the renewable energy resources, solar energy is inexhaustible by humankind. Electrical energy is produced through the process that photovoltaic solar panels are exposed to solar rays, which are abound and continuous in the nature. As a result of long-continued examinations, we built SPP onto the empty areas of our facility’s roof and we plan to do the same for our other factories in order to meet the energy need of next generations and to minimize the damage to the environment.’ 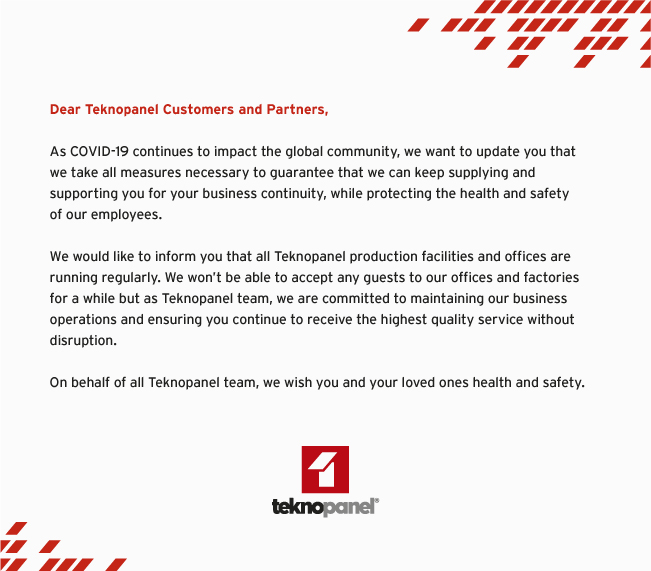